I went on a date a few Sunday's ago. I arrived at this guys condo (I had gone out with him a few times already) to meet him before we went on a motorcycle ride. We left and drive through Simi and over the Santa Susana Pass (where the Manson family hide out in the late 60's) and over to Topanga Canyon. 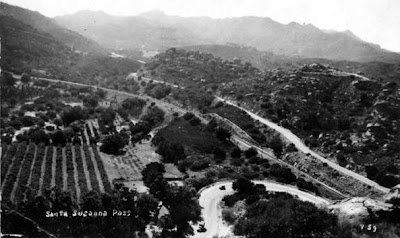 I made sure he did not go onto any freeways since it was basically my first time on a bike. We go to Topanga Cyn and turned right and went down the valley until we reached Mulholland drive. We took that over to the Rock Store, to take a break and look at all the motorcycles. Once I hopped off the bike, I walked around and noticed standing around in a group, Jay Leno. I went up to him and asked for a photo, which my date took. 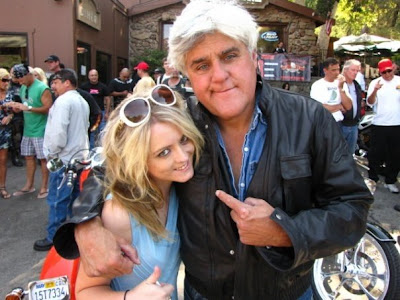 Always carry your camera with you! hehe. It wasn't the first time I met Jay Leno, I met him once when I was a little girl and used to figure skate at Pickwick's off Riverside in Burbank, which is right down the street from the NBC studios where they filmed the late night show, as well as where they filmed Friends. :)

After the rock store, we went over to the beach and took photos and then got lunch at Neptune's Net which was yummy. We enjoyed a large fat tire, shrimp, crab cakes, fish and french fries. :P 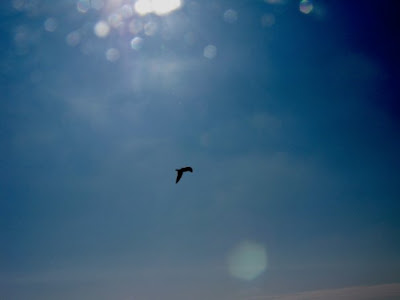 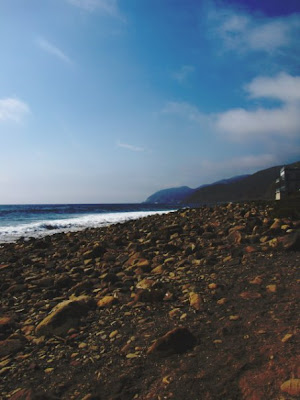 Posted by Lauren London at 4:54 PM No comments: