Picture of the Weekend

A lady at work on Friday was telling me a story about her wanting to be an actress back in the early 70's. She randomly told me that I remind her of SHARON TATE. I was so shocked and flattered! I told her that I was a fan and she replied saying she didn't think I would know who she was. I'm glad she mentioned it!

She also told me that I would make a great mother one day. What a lovely lady!
Posted by Lauren London at 8:02 PM No comments: 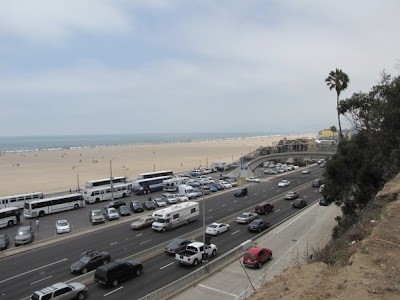 Went to Santa Monica yesterday, which was a great time! I walked around Third Street Promenade and checked out H&M, Urban Outfitters, Zara, Club Monaco and Barns and Nobel. I bought a blue and white stripped skirt from Urban, and a red halter top from H&M. I also picked my mom up a little leather change purse from Club Monaco.

Found a lovely British shop with everything British. I got 2 bags of Walker potato chips and some English toffee for my father. Now that I know it's there, I will have to go back and stalk up on some goodies! 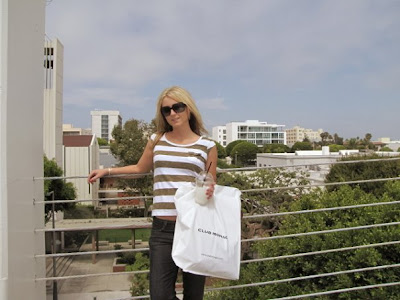 I walked over to the beach to snap some photos. The weather was beautiful this weekend, everyone was outside! The waves were humongous! Apparently, there is a storm off the coast somewhere and the waves have been extra big. So large in fact, there has been one fatality. There was also a great white shark sighting off the coast of Malibu the other day. 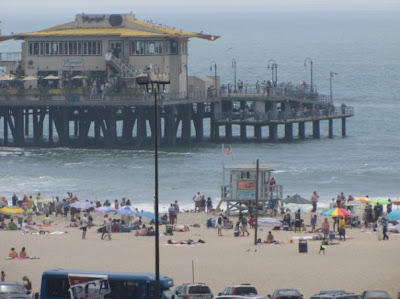 I got some lunch at Panera Bread, which was the half Chicken Frontega Panini and a bowl of French Onion soup. The Panini comes with mozzarella cheese, tomatoes, chopped basil, red onions, chipotle mayonnaise, and of course smoked white chicken on a tasty Focaccia bread. It filled me up quite nicely!

I headed home after a few hours. Drove up the P.C.H (Pacific Coast Highway) to Malibu Canyon Drive which turns into Las Virgines Road.
Posted by Lauren London at 1:11 PM No comments:

I love my mama 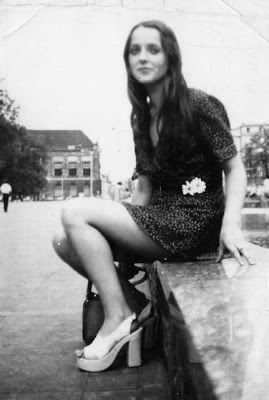 This is my beautiful mother in 1973 when she was living in Poznan, Poland. Doesn't she look beautiful? Her style is timeless...I adore the mini dress and her four or five inch white heels.
She ended up leaving Poland when she was 23 years old to move to Canada with a pen pal. She met my father from a mutual friend in North Bay, Ontario and eventually moved out to Southern California where they had my brother and after some complications with my mother's uterus, she had me. :)
Posted by Lauren London at 12:57 PM No comments: 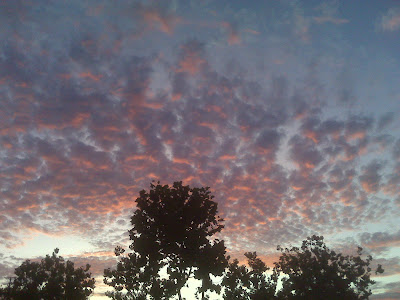 Ahhh, how I love Saturday's!! Me and the rest of humanity who works a Mon-Fri job. A beautiful day in southern California today. I woke up pretty early, which was actually very nice. I quickly took a shower and got ready. My mom and I went out to Cosmoprof to get a bottle of Biolage's colorcare conditioner for a coworker. I picked up Bed Head's new "Some Like It Hot" Heat & Humidity Resistant Serum which smells like coconuts!

My hair is very susceptable to chlorine so i got Malibu Wellness's Swimmer's after-swim solution. It removes chlorine and copper green. I also snatched a packet of the Power Protein Builder by Malibu wellness. Good stuff!

I normally stick with the weekly Blonde brightener treatment solution. :)

"EC Mode Malibu Blonde Weekly Brightener Treatment Solution is for all ages and hair types with natural or chemically treated blonde or highlighted hair. It protects and prolongs your hair color. This patented, fresh-dried vitamin complex dissolves into a gel in the palms of your hands.

This rich lathering treatment is specifically formulated for blond and highlighted hair. It brightens and increases the shine and vibrancy of your hair while helping to prevent damage from environmental elements in the air and water. "

I got home after a nice drive out to Burbank with my mom. We stopped and got some IN & OUT to go. Nothing cures a hangover like some dank In & Out! I watched Sex In 24 Seconds Per Frame, which is a documentary about sex in Hollywood. I ate my burger and fries and sipped on my diet coke, and then decided to look up some things on Ebay and Etsy. I bought the Memoirs of a Beatnik by Diana DePrima. Check out Michelle's post regarding this book from her blog Everything I Love is from '59.

After ordering that, I was looking for a good documentary on Marilyn, when I stumbled on these photos. A true beauty. Aren't these great? She's on the PCH in one or both of the photos. Doesn't she look amazing? 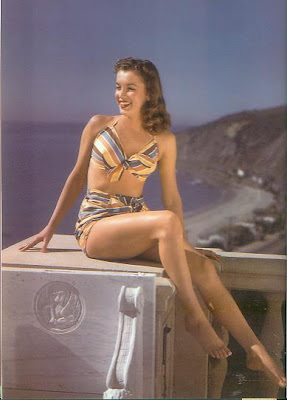 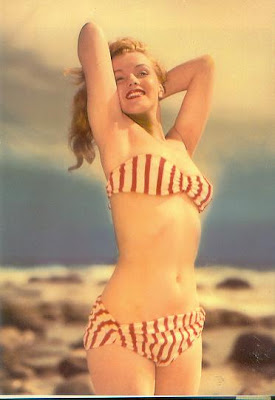 The Fourth Of July 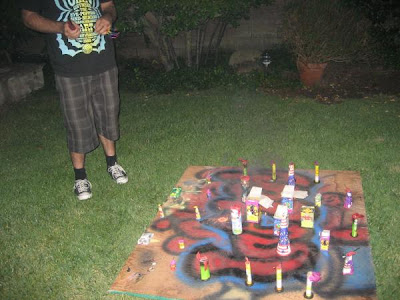 It was a fabulous night with friends at Mary's house on the 4th of July. We bbq'd, drank, did jello shots, light off fireworks, have good conversations, go swimming, and play with doggies! 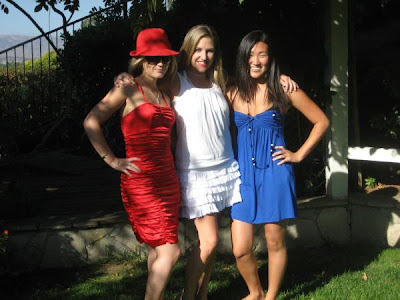 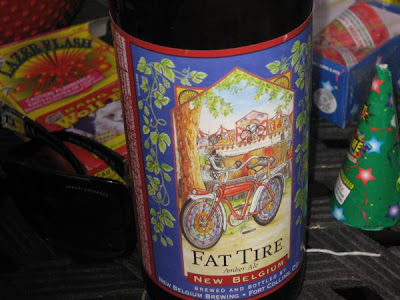 The night ended with us all in the spa. I woke up the next day with green hair and a bruised tailbone!!! haha!
Posted by Lauren London at 10:03 PM No comments: 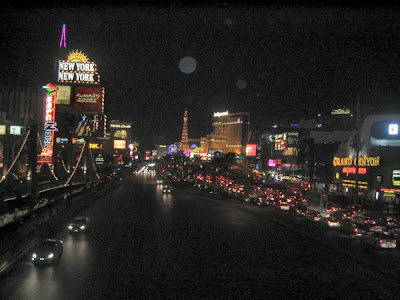 Posted by Lauren London at 9:59 PM No comments: 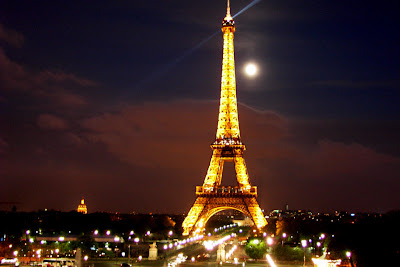 This summer would of been amazing to fly to Europe to get away from life and work for a few weeks...

..Fortunately, I know someone who did, so I can vicariously live through her! Hehe.

Her name is Katie Harlow. She for the first time ventured out to Europe for a two week course at Parson's school of Design in Paris, France. She left on the Fourth of July, which is ironic since it's her first independent abroad experience. Her first experience abroad a matter of fact! Today she visited Champs de Lycees, where they went around taking photos. She wrote saying that
"The Champs de Lycees is huge!! So many stores, beautiful gardens and GORGEOUS monuments. You would LOVE it!".

So far she has visited Luxembourg Gardens, Latin Quarter where the Panthenon is, Montmartre in Northern Paris (where the Moulin Rouge is), Fashion district, and a neighborhood in Paris called Hotel de Ville.

She writes about the fashion, "The fashion is so great here! Everyone dresses up which is awesome. I have yet to see someone walking around in sweats and tennis shoes."

It's true! When I ventured off by myself to the great unknown (England and Wales) last summer, I was amazed at how nicely everyone dresses. Very impressive! When I got back to L.A, all I saw were girls wearing their Victoria Secret PINK sweatpants. There is a definite difference between LA and London fashion wise. They take risks and we don't.

This weekend she ventures off to Versailles and Charter. 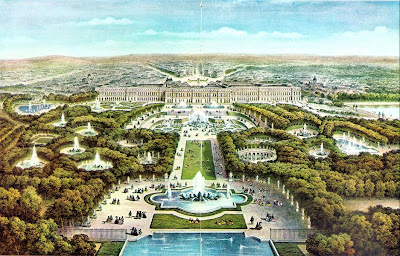 Posted by Lauren London at 8:31 PM No comments: 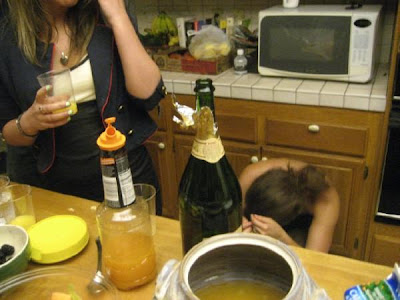 A party at Mary's a few weeks ago.
Time to make some cookies for tonight!
Photo: Me & Jill
Posted by Lauren London at 11:07 AM No comments:

Happy 4th of July everyone!
The town I live in celebrates the 4th of July on the 3rd (such a small town, we need to draw a crowd somehow, so opting for the day before attracts more poeple to our town), so last night I got to see some great fireworks!
I actually fell asleep while waiting for the sun to go down, so I could drive over to Mary's and watch them. I woke up to to big bangs from the fireworks, and quickly rushed over to her house. I got there and caught a good 10 minutes of them and the finale, which is always the best!
Tonight is the 4th of July party. I will be dressed in all red, Shirley in all blue and Mary in all white. :)
Posted by Lauren London at 11:00 AM No comments: 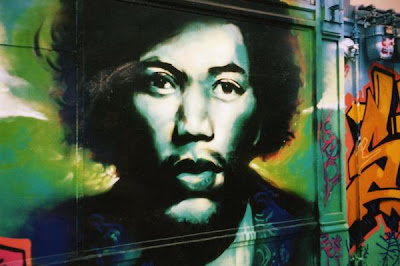 On Haight Street in the Haight Ashbury district of San Francisco, CA.
Posted by Lauren London at 12:00 AM No comments:

While at work today, I was browsing on Forever 21 when i stumbled upon this Navy Blue dress. If you ask me, it looks exactly like the Miss Selfridge dress from last season. Check it out yourself. The blue is the copy and the Pink is the original. 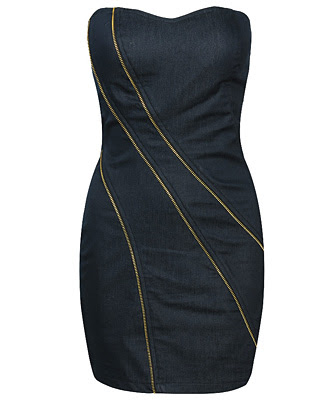 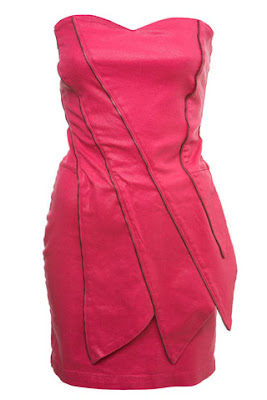 Exactly alike minus the material and the layered effect on the Miss Selfridge dress.
Posted by Lauren London at 6:36 PM No comments: