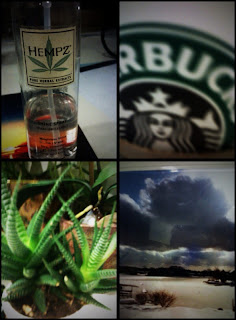 <- Things on my desk at work
Tomorrow is FRIDAY!
Things I plan to do this weekend:
Posted by Lauren London at 10:03 PM No comments:

On Valentine's Day I went out to the Pasadena Rose Bowl Flea Market and did some thrifting. I bought a Marilyn Monroe photo, and after walking around for a couple hours, I spotted this antique Valley Of The Dolls pill jar. It's so rare and since I am a huge Sharon Tate fan, I bought it! I can't believe i found this!!! I left after purchasing it and felt satisfied! It was in horrible shape, so I used some polish and made it look decent. 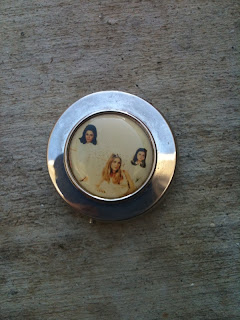 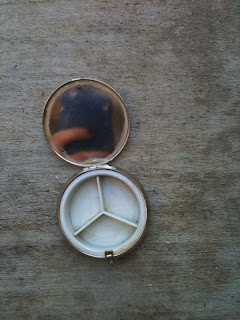 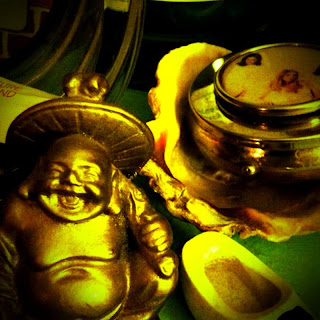 I have some other Sharon Tate memorabilia as well... 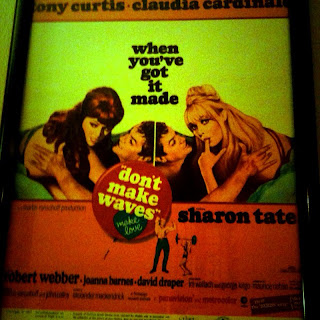 This is an original Don't Make Wave's poster from 1967 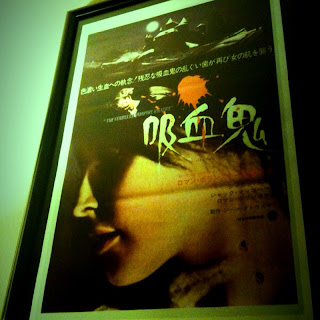 A copy of The Vampire Killer's poster 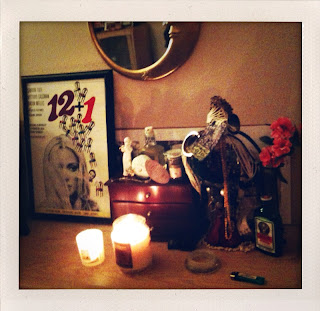 An original 12+1 poster from Europe
Posted by Lauren London at 11:11 PM No comments: 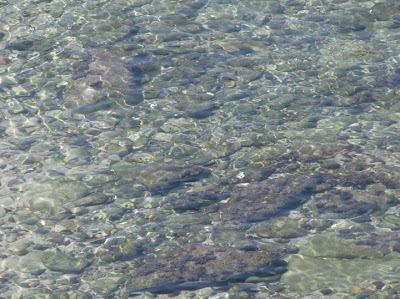 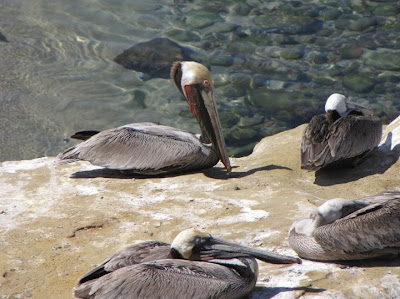 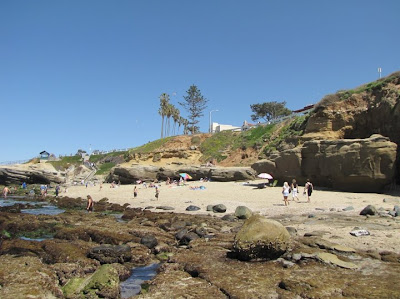 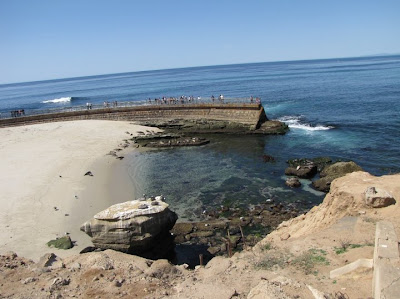 Posted by Lauren London at 9:17 PM No comments: 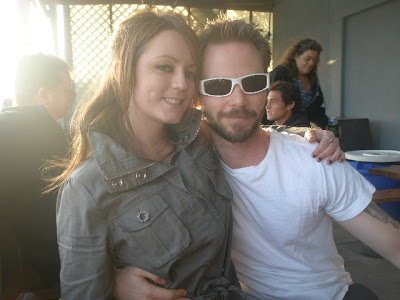 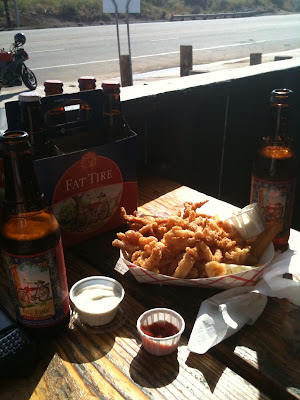 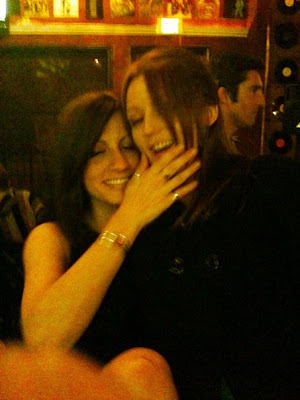 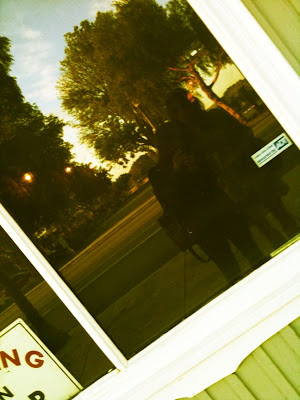 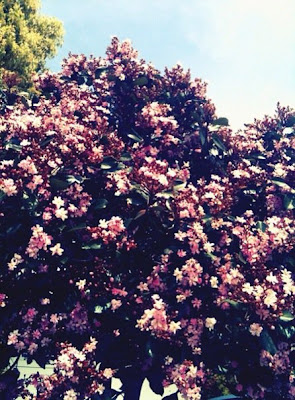 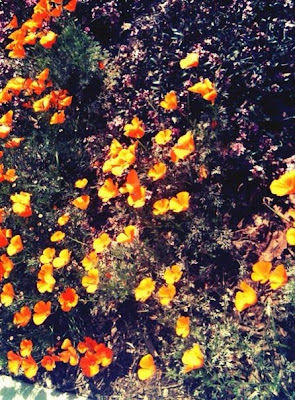 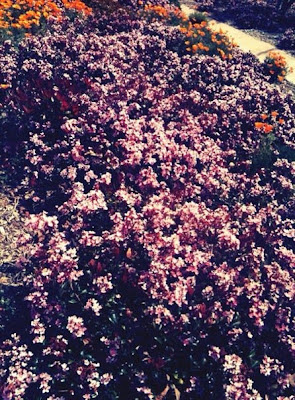 ...flowers from my walk around town...
Posted by Lauren London at 9:08 PM No comments:

It's been an odd week so far. Maybe that is because it's been fairly cold and gloomy out, whatever the reason, i feel the need to be alone to gather all my thoughts. Life can be so confusing at times. I need a new job, I need to figure out what I want to be, I need to get over a friend that I am head over heels for, and I def need to keep saving money for that mini cooper convertible I have been dreaming of...

Anyways...A friend and I were talking about going on an adventure up north in a few months. Los Angeles to Santa Cruz to San Francisco...and where ever else in between.

San Francisco is such a beautiful city. Everytime I go it seems to be smack in the middle of winter, so a summer road trip sounds very pleasing. I hope it happens. 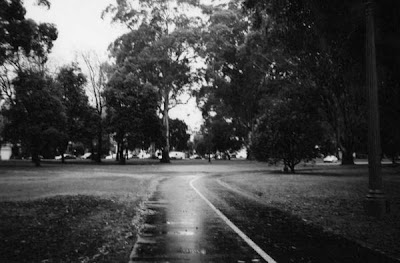 Pic taken with b&w film December 2004 at the Panhandle in the Haight Ashbury district of SF.
I've always thought there was a spirit in the center of the photo. It's more likely the reflection of the water, since it had rained that day. What do you think?
[watching Idol gives back and it is making me teary eyed]
Posted by Lauren London at 8:58 PM No comments: 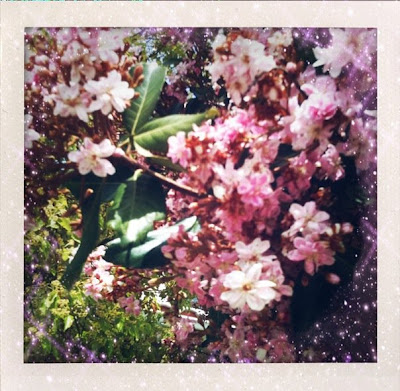 I did a lot of walking this weekend. It was such a beautiful weekend, I felt guilty driving, so I decided to walk to where ever I wanted to go. Today I walked to Starbucks and sat outside and did some reading and enjoyed my iced chai latte. I have to do this more often. When I went to the UK, we walked everywhere! American's can get so lazy. While walking, I felt more in-tune with the birds flying in the sky, the trees swaying the in breeze, the truck drivers honking at me (hah), and the aroma of Sunday BBQ.
I walked over to Target and bought myself a new baby blue bra for only $7.99, I met a guy at Subway, and got some new pantie's at TJ MAXX.
Posted by Lauren London at 8:19 PM No comments: 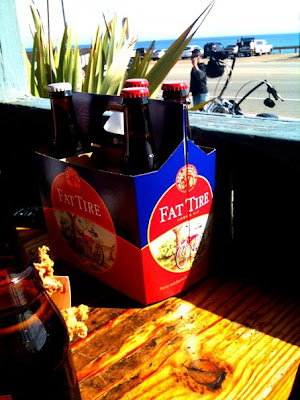 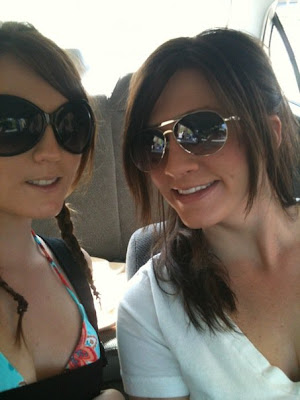 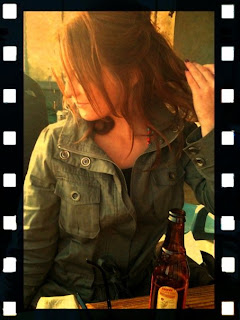 I took a little trip on Friday to the beach with Krista. I left work a couple hours early and we were off to Neptune's Net. Our buddy, Greg, met up with us there, and we had drinks and food. It was a good time.
The rest of the weekend was good. I didn't do much besides shopping and sleeping. I amaze myself at how many hours I can sleep on the weekends. Oh well, it was a nice weekend! I need to stop drinking beer tho!
Posted by Lauren London at 8:06 PM No comments:

Yesterday I text Krista asking if she wanted to go to the mall, since my date had stood me up. I wasn't upset, since I am really not into the guy I had been dating for a couple weeks. Thankfully, he made it easier on myself to end things.

I text Krista, and she text me back asking if I wanted to go to Neptune's for food and drinks.

How ironic! I was supposed to go there on my date.

I replied, telling her I was down.

It was a beautiful day! I got Calamari and Krista ate onion rings. We drank plenty of fat tire's and enjoyed the nice breeze. Our friend Greg came down and we all had a very nice time.

I love the ocean. 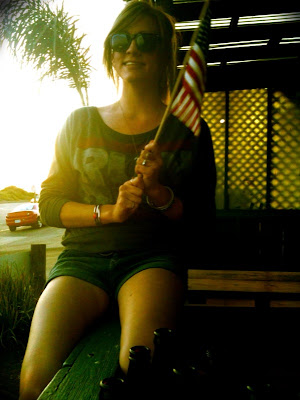 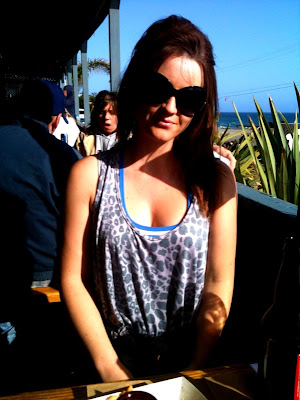 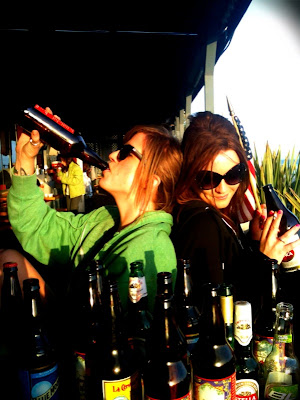 Posted by Lauren London at 3:16 PM No comments: 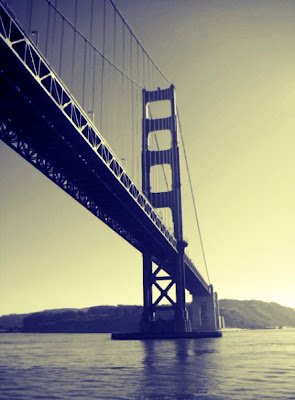 I went to San Diego last weekend with some friends to visit a friend. We only stayed a night, but it was a great night! We went to Pacific Beach, layed on the sand, BBQ chicken, steaks, shrimp wrapped in bacon, red peppers with feta cheese and onions. The food was amazing! We drank sangria and played 7, 11, or doubles. The next day we stopped in La Jolla, got breakfast at The Cottage, saw seals, walked around in tide poles and took in the beauty of the ocean. 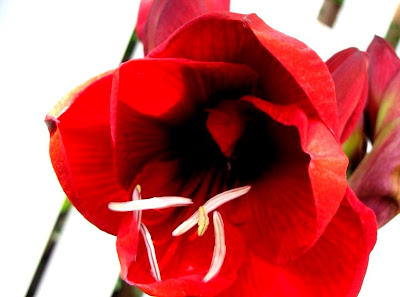 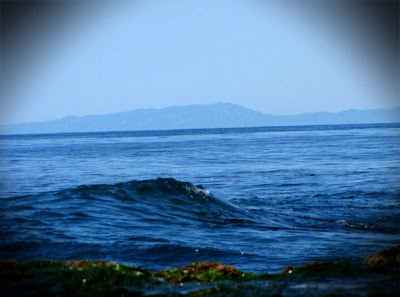 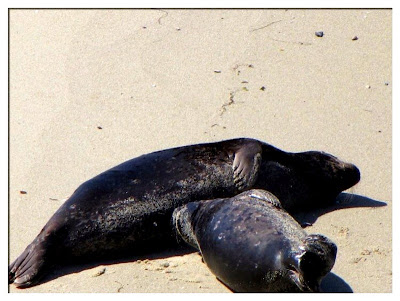 Posted by Lauren London at 11:17 PM No comments: